Helena had her making..making..make hat on today.

Make no 1: a mask out of the cardboard packet ginger beer comes in.

No 2: a clown’s nose out of a cream bottle

No sellotape has been used yet!

“look mum, I just think about the grass not string..” later she plaited the grass. 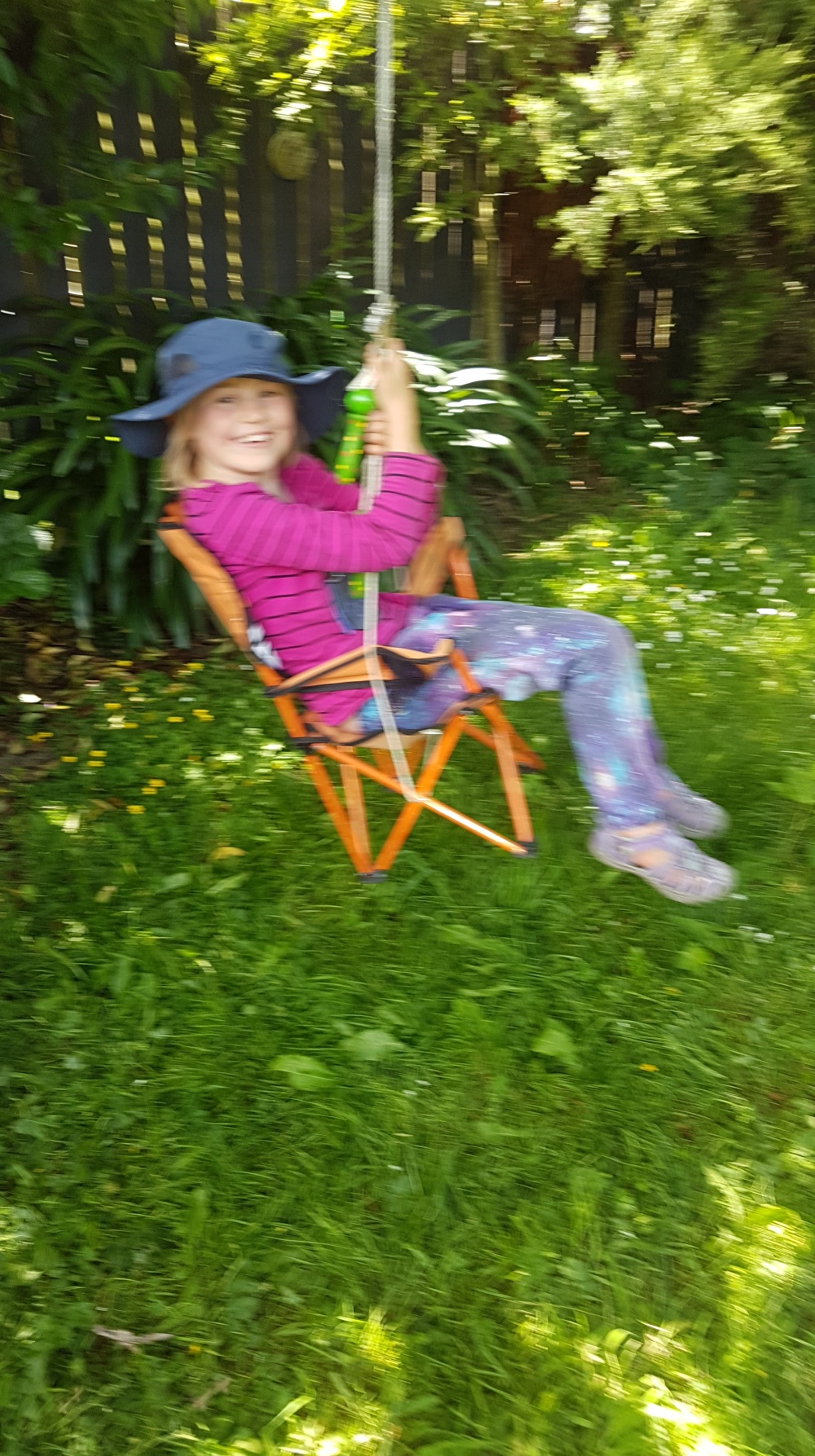 No 3: a swing out of a chair, a pulley and a skipping rope.

But out of this chaotic mess arose 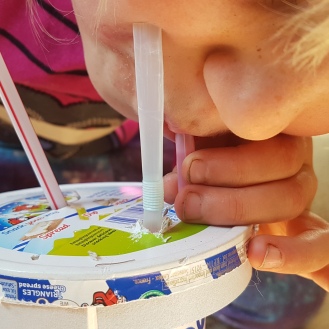 No 4: a cup that you can drink 3 different liquids from. Red = medicine,  blue = water, yellow = “some thing yummy like juice to take the taste away”. She toyed with the idea of how could she make a metal prototype as this would actually “be useful.”

So proud. But wait there is more..

No 6: is a puppet theater. I didn’t get the room backdrops in a photo but there were several. It had a design revision to work better. The puppets were an innovation brought about by me removing the tape so they were on slots cut into the top of straws. There was a mum and an Amelia. The tape was removed due to it’s use on the un-photographed project no 5: a drier made out of a jelly box.

All this as well as a trip up the road to get loquats by climbing a roadside tree and playing with a friend.

Just as well we keep all that junk around for just in case.. loosish parts?