Helena has found a new function on her phone that isn’t a phone (it has no SIM card, it’s mainly for audio books) a very special function- the calculator. It has been a toy for several days now. She gets excited to show me new numbers and explains how she got them. She gave her grandfather and I puzzles with the numbers but the symbols missing. 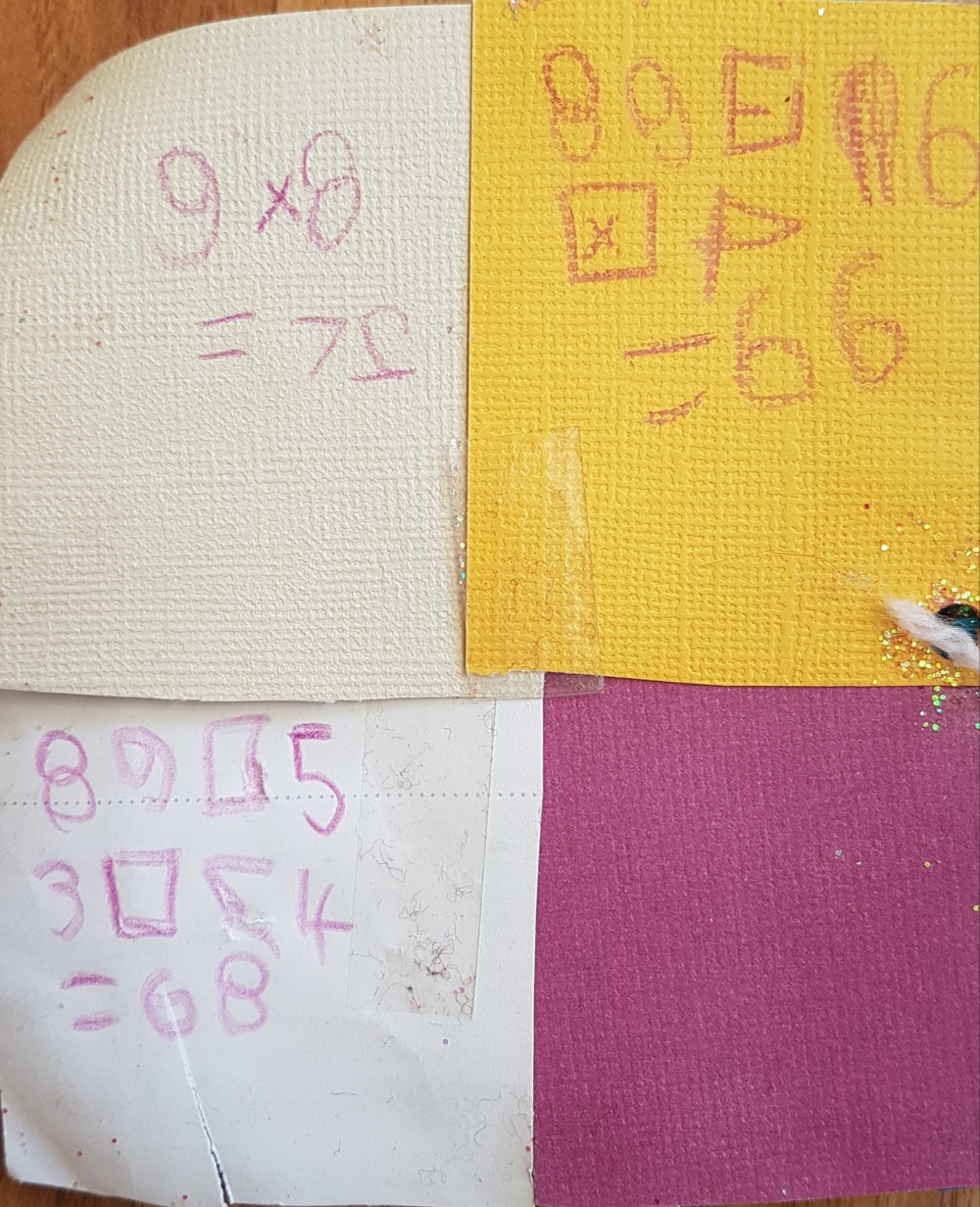 We have been asked to give her problems to solve..

Today she found some new functions and she came rushing up saying she discovered a number changer. A big changer… tan?

I have been asked to video her using the calculator. We have checked her calculator against my calculator- same answers thankfully.

So far in our discussions we have talked about the: decimal point, the comma, the various symbols, + versus the x. ÷ and – and recently cos and tan. Starting on negatives… It’s been quite the conversation starter and not at all lecture like.

She has also watched a Ted talk by a very young guy about the golden rule! It was more on the fibonacci series which she has heard of and it had pictures but all the way to the end.

However she doesn’t want me to read this to her as it’s too boring.