So when you have an operation you can’t eat. One time I accidentally had a nibble of cucumber and it was correctly surmised by the surgeon and anesthetist that I’d nibbled while filling my kids lunch box. This time I nearly tried one of Helena’s new rice bubbles fortunately she reminded me in time then…. 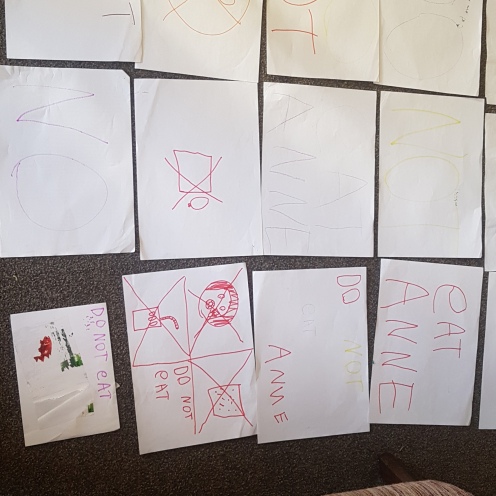 There were 20 something of them, then they were hidden around the house.. should I forget while watching TV, having a shower? On the loo!!! 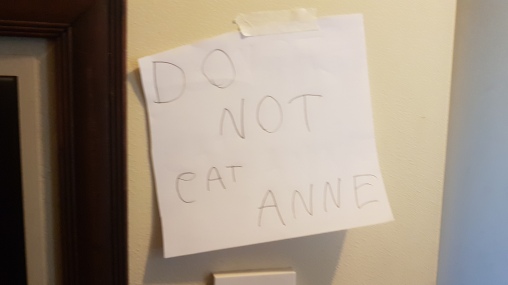 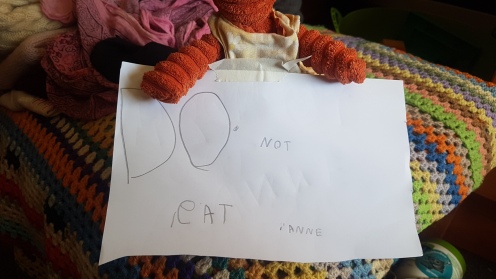 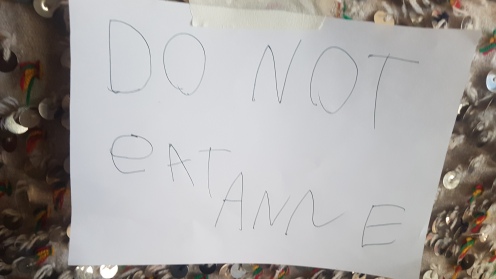 Initially they were all different but when she started making them in bulk this went by the bye. We did have a conversation about the importance of punctuation after she thought it hysterical she was writing Do not eat Anne, rather than Do not eat, Anne… perhaps Anne do not eat would be better. There was a bit of changing order of the words.

I did not eat.