We are in Wellington, where we use to live and it is my place, the place where I feel at home. There are poems up on the waterfront about Wellington and one calls this beautiful city the headquarters of the verb and it so is, I love the way both the landscape/hills and the weather/wind are not just bit part players in one’s life but major characters. However something has changed this time and it’s us. 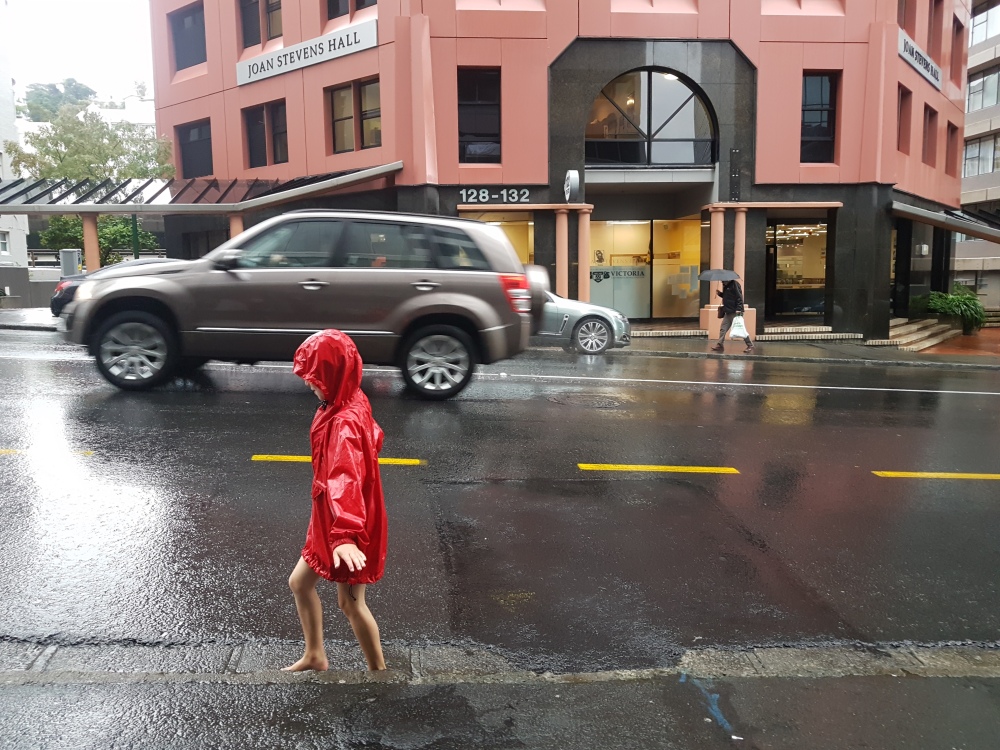 This is my small town kid in the middle of the CBD in the rain with no shoes, wearing a coat and no trousers.

We went and saw the Chinese Warriors at Te Papa which I enjoyed, I chose this trip. They are over 2000 years old, 700,000 people were “employed” to make them, there are 8000? of them, they were made to foster a rich powerful guy’s belief that he’d need them in the after life, and even the beautiful yet practical pots in the exhibition are over 2000 years old. These are big numbers and Helena was underwhelmed. I am trying to think of a way to communicate this, admittedly because I think it’s interesting but I guess it’s like thinking about space, just too big. What did Helena get out of it? She liked the ‘for families’ handout and activities, and she found all the things that were things she knew about, like making moulds, symmetry, fires, teapots.. She now wants to make a teapot in the form of a kiwi and try to make tiles using a mould. All things we can only do at home.. will she remember? I  guess this will be a gauge of engagement. 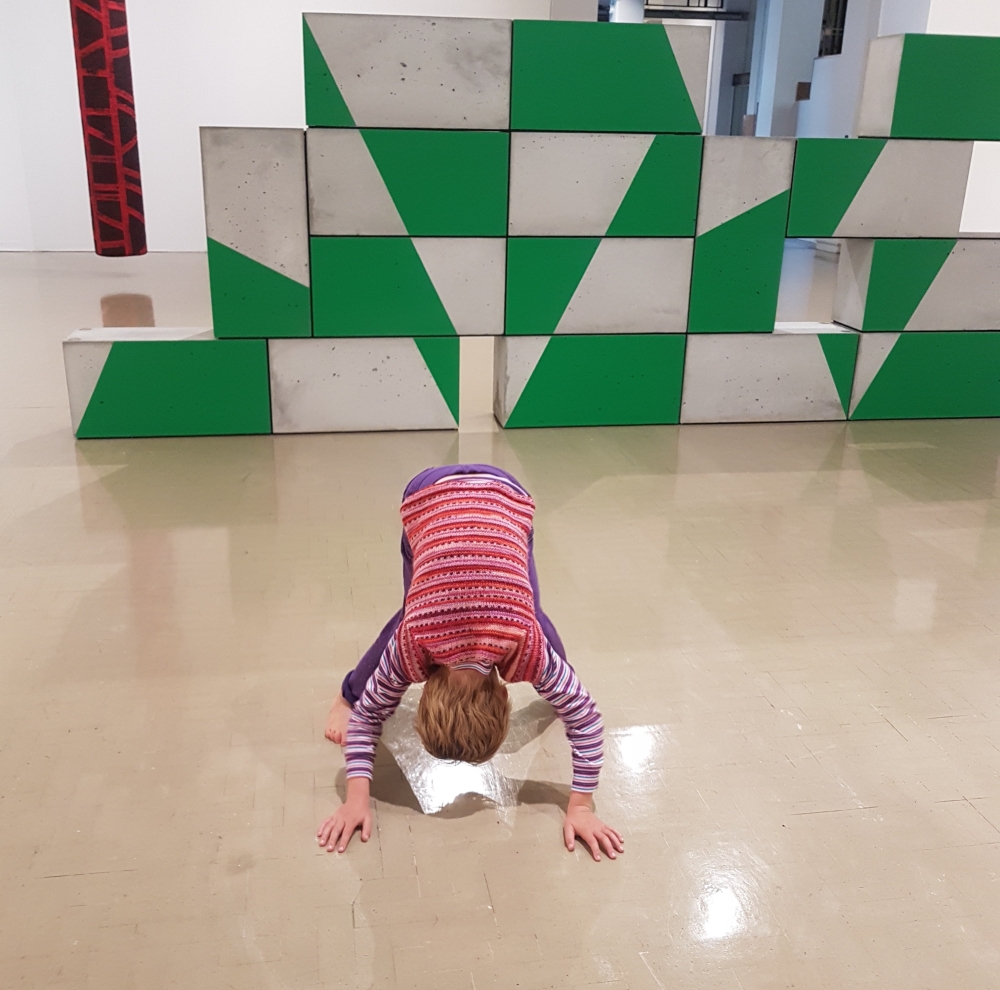 We went to the City Gallery, which I love, again my choice. We weren’t allowed to touch this box sculpture but we both so wanted to move the boxes so Helena moved her body. Helena and I had a fun discussion (overheard by one of the staff) about what is art? According to Helena it is stuff she likes, which is such a lovely conversational starter! “But you are only 7, what about things before you were born…” we were still debating this when the staff guy did the room swop thing and he got to ask Helena if something was art? 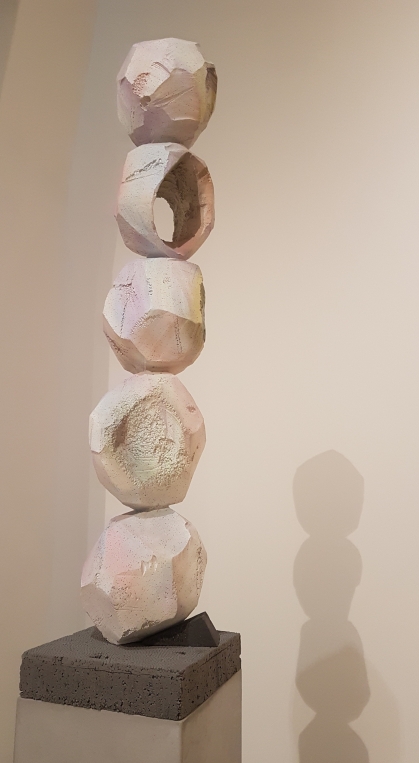 This the art that annoyed her or was it that it disappointed her? “it’s not art”… she found it was not made of polystyrene but plaster of Paris! She has plans to make her own. I wonder if it will be art?

This was upstairs in the gallery and didn’t need to be art as it was about volcanoes somewhere in South America. They make their seismographs using soot “we can do that Mum” “we made one at playcentre”… Like most things we do everything leads to a new idea for a making project.

I enjoyed our conversations, our walk into town with Helena telling me what will happen next (despite not having done the walk for a year and a half), I also loved her response to the rain and her blister by wearing bare feet and later no trousers. “There is a lot of glass here mum” and in a new development she looked out for traffic while playing in the gutters…

What did I glean from these field trips, (other than amazing facts about China and the warriors) that I like doing stuff with Helena, we both hate being under time pressure, Helena is so positive, and ideas for making stuff are everywhere.