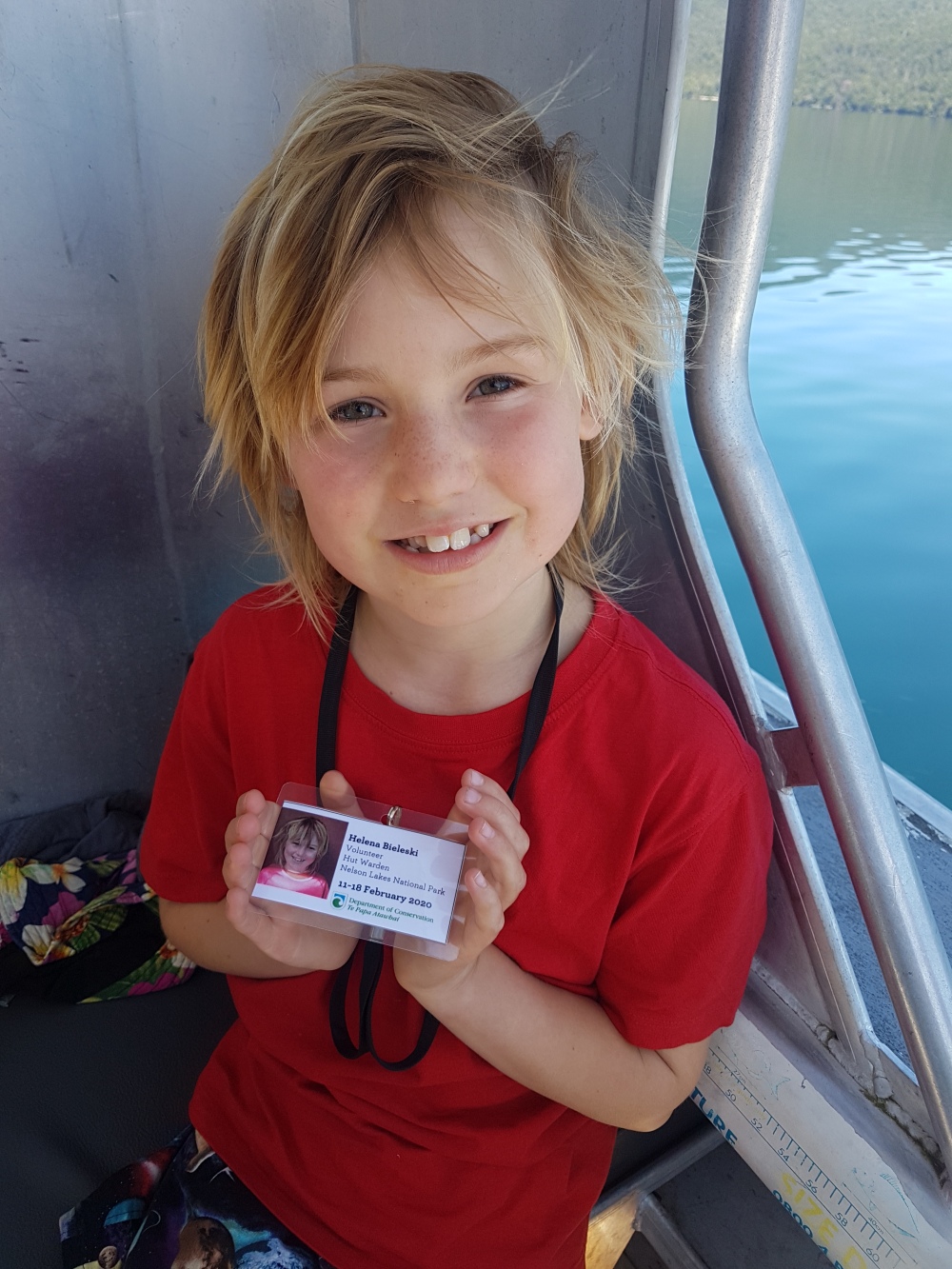 We have just spent a week volunteering for DoC as hut wardens. It was somewhat more extreme than our campground hosting as it involved walking 15kms on the first day, then getting up the next day to walk not as far but up, up, and more up. 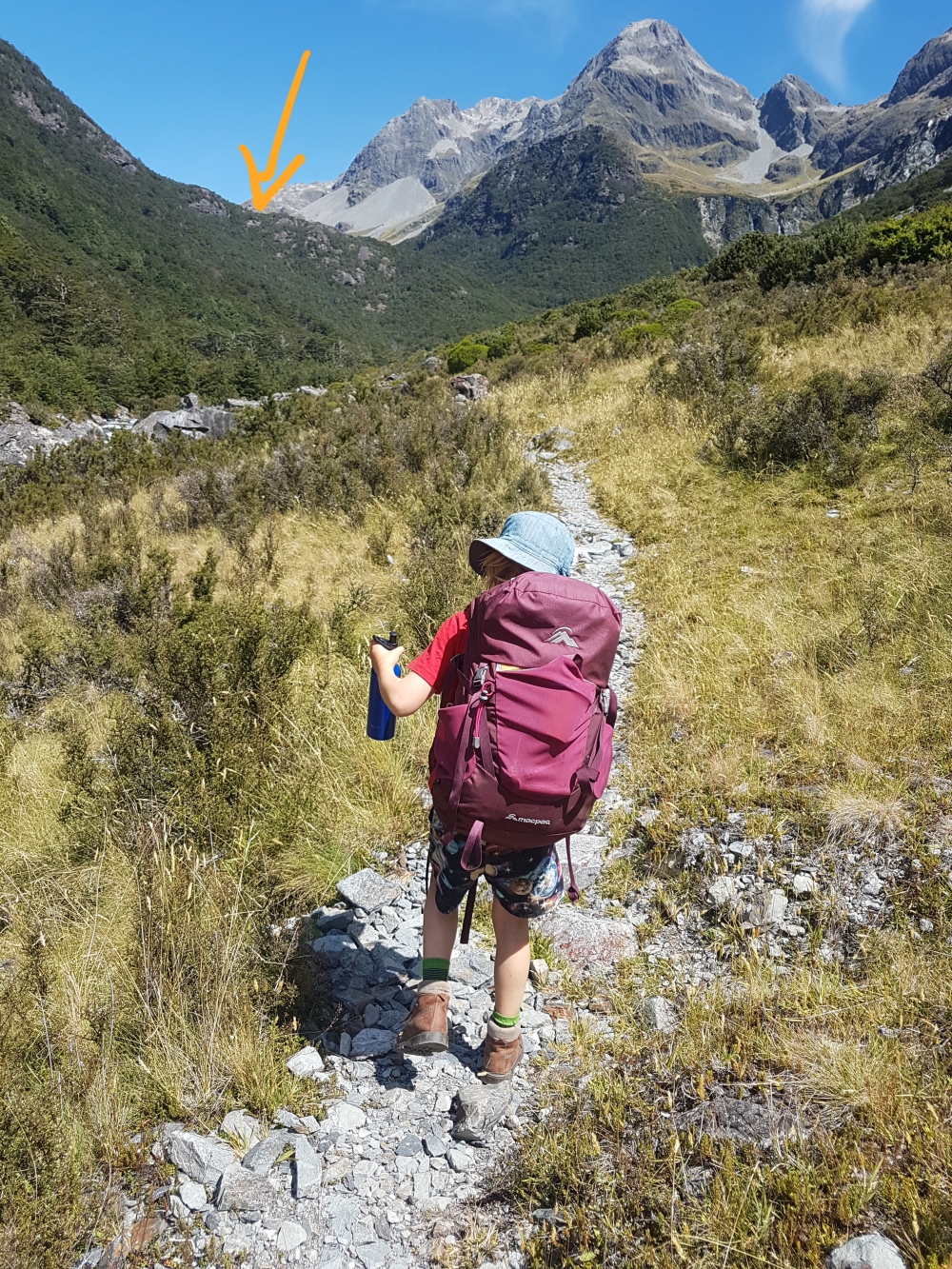 The first day went not as well as hoped as we started walking after lunch due to having our “health and safety” chat and boat free ride. We skipped the helping each other and offering encouragement bit and I went straight to nagging and being cross, due to worry, which of course didn’t help… We didn’t make the hut. 8 and a half hours after starting, most of that actually walking, we stopped and camped trackside on a surprisingly comfortable bed of moss. We had chicken crisps and cake for dinner. According to Helena this was “great, cool”. I’ll say this for Helena she has stamina, it was both of us fading at the end. The next morning we discovered we were 20 minutes short of the hut. As the boss said “making memories”…

There had been a storm in December so the track was more challenging than usual. Downed trees to climb over, washouts to avoid, slips… a great display of physical geography for me but not as interesting to Helena. 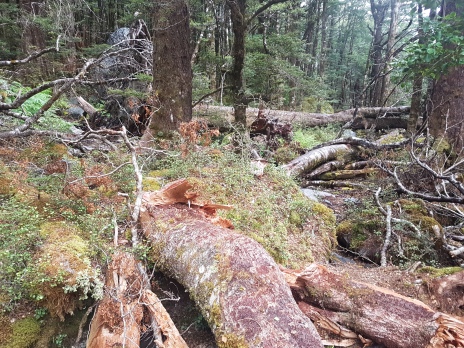 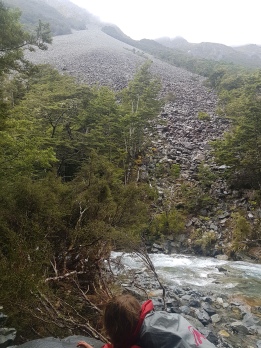 Rotomairewhenua was the goal and it’s spectacular. It’s where Ngāti Apa ki te Rā To cleansed the bones of their dead. It’s also the clearest lake in the world, a visibility of up to 80m – meaning the water is considered almost as “optically clear” as distilled water. We collected water from the outlet and it was so delicious and sooo very cold (ranges between 5 and 8 degrees). 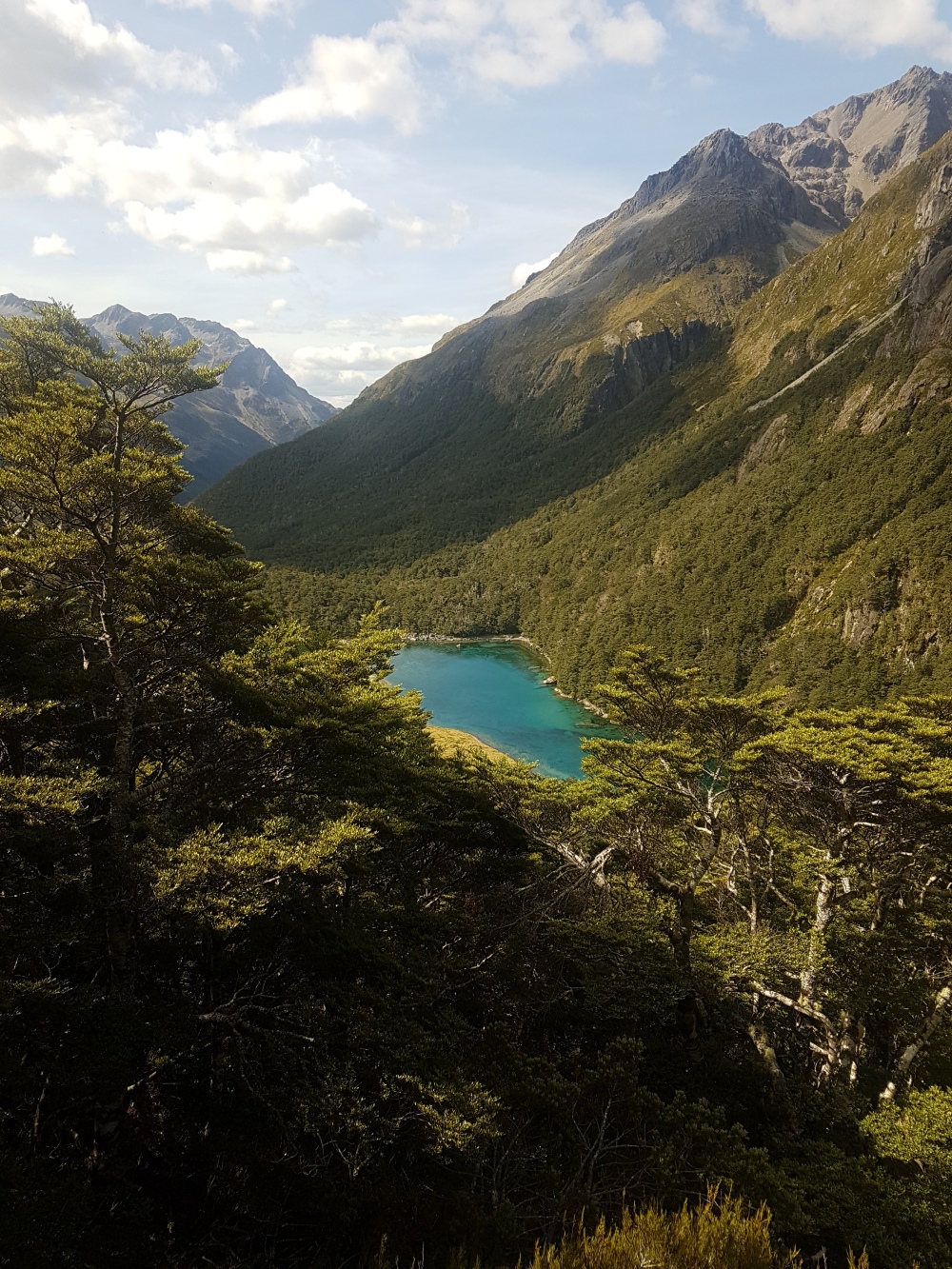 According to the hut book most hut wardens spend their time going for day walks. Not us. Helena went on walking strike… though I did convince her to go for a walk to a lookout by both fair and foul means!

Aside from the physical: 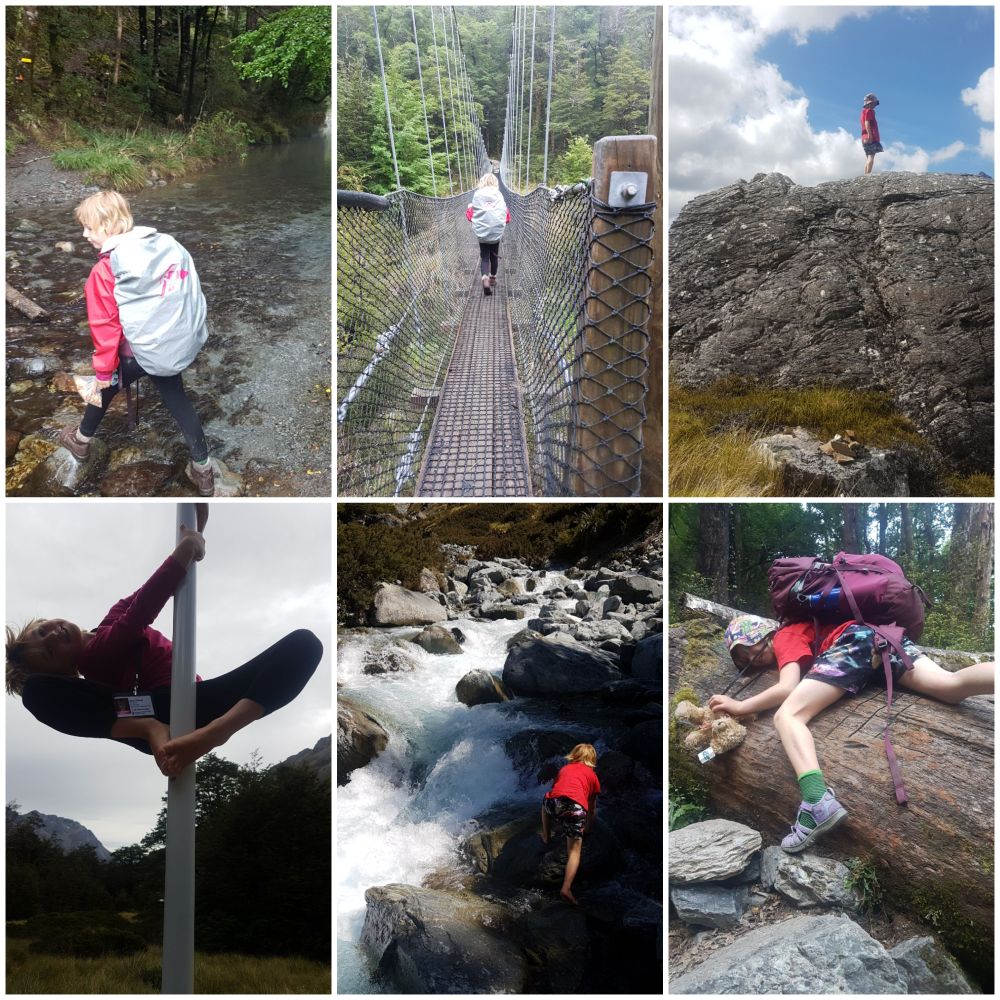 She did nature studies: 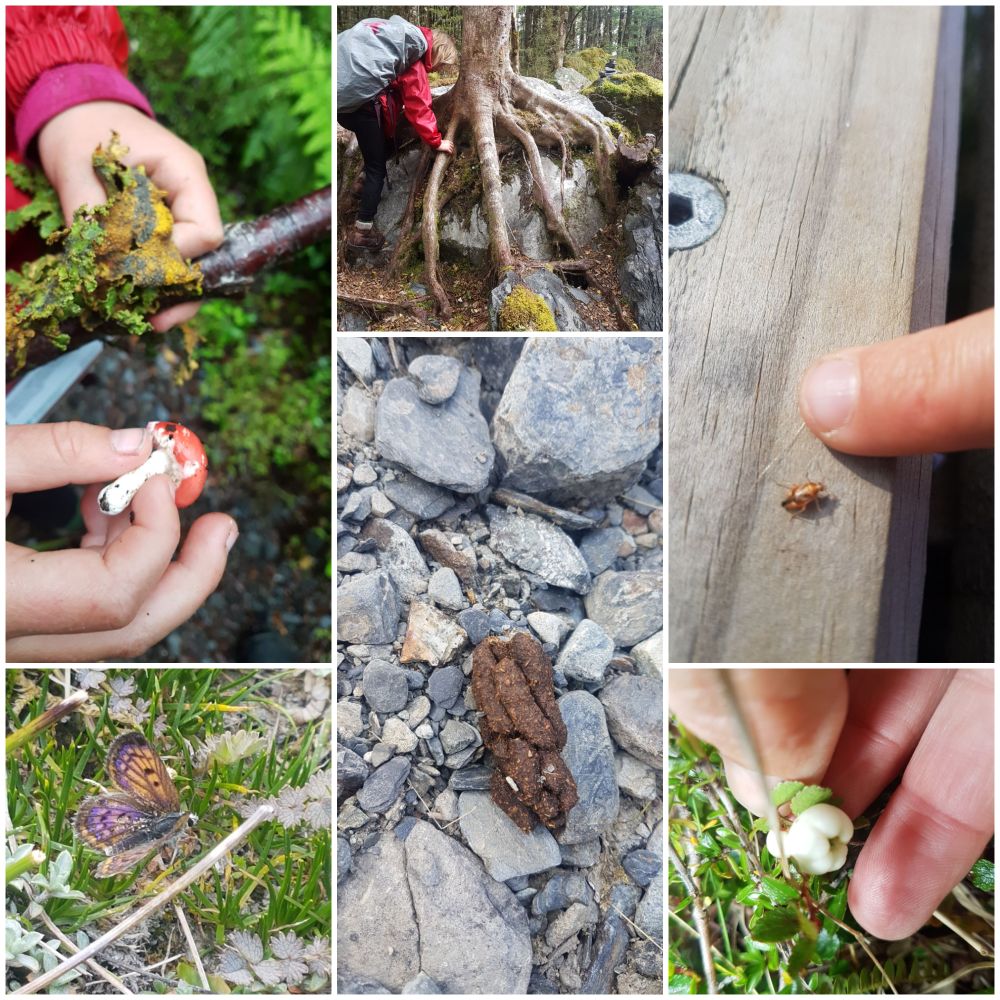 There was work to do:

Then there was collecting rocks with different shapes, the maths book we had to take, making a code book, a doodle book, a worries worksheet, experiments in sound travel, mouse dissection, games with Teddy, boats… lots of carrying an endless array of sticks, rocks, dead mice, and to top it off swimming in a seriously cold river. Helena got to happily walk by her self, for the last half hour, through the bush, to two of the huts.

And then in the hut there was lots of socialising to do, new adult friends to make. We had an excellent time.