Helena is doing the same week long swimming lesson thing again. I am once again impressed by her teacher, she does such good feedback. She really tells the kids what she is looking for, breaks down the elements of swimming freestyle into do able bits. I’ve never quite worked out why the focus is on freestyle rather than breast stroke which is what I would do for hours if I fell out of a boat… The teacher is also  hard/steely, in that she says “yes you can do it” when some one doesn’t want to or says they “can’t” put their head under and then just expects them to and they do! There is no gossiping in her lessons. She starts the lesson by getting them to put their ears in, chin in, then under – little bits. She is great on waiting, giving the kids time for them to do what she’s asking. Even down to when she says her rules, not straight out but when they are timely, before someone breaks them but when the kids can see the relevance.

Even though there is no gossiping/intimacy at all there was one point where I felt the teacher had Helena’s number. She asked where the kids thought their hands go on the board? and they all put their arms accoss the board to hold the front, Helena was last. She turned to Helena and asked her if that was what she thought or was she just doing what the others did? Helena whipped her hands back to the the end of the board, and the teacher says “well done” and says to the others that Helena is nearly right and then demonstrated the correct position. Later with floating the teacher made Helena’s day by using her as an example of what to do for the others and at the same time as giving Helena something to work on (holding her breath longer). Genius.

I had so thought it might go badly, being a new pool, different kids, an over excited Helena being “funny” and wanting laughs as she hamed up the coldness of the water. But once again I was amazed, as despite us doing not much swimming in between (lessons at the end of last summer and now the beginning of this one) Helena had progressed (gone up a level) and she floated straight as a straight thing. Helena took on board the points she was given, she kicks like a crazy person, and was so happy despite the cold. I swear kids get better at stuff when they DON’T do them. She was like this with learning to use a scooter, she couldn’t then we went on holiday without it, get back and she can…. Do they visualize success? Like top athletes. Do they develop in their brains and bodies just because of time passing? Is the gap, length of gap important? Is this because of the physicality of what she’s  doing? OR Is this true for other learning? There is a “spray and walk away” idea in education- where you give kids ideas/strategies and just leave it at that, don’t force anything and the kids choose what works for them…. is this perhaps a time thing? We had a horrible add on NZ TV for a chemical spay called “30 Second” and in the add a guy says “just spray and walk away”. I wonder if I can use this theory with her writing (she won’t) but I suspect I will have to wait longer than 30 seconds. I should perhaps have more trust, maybe she’s visualizing success. 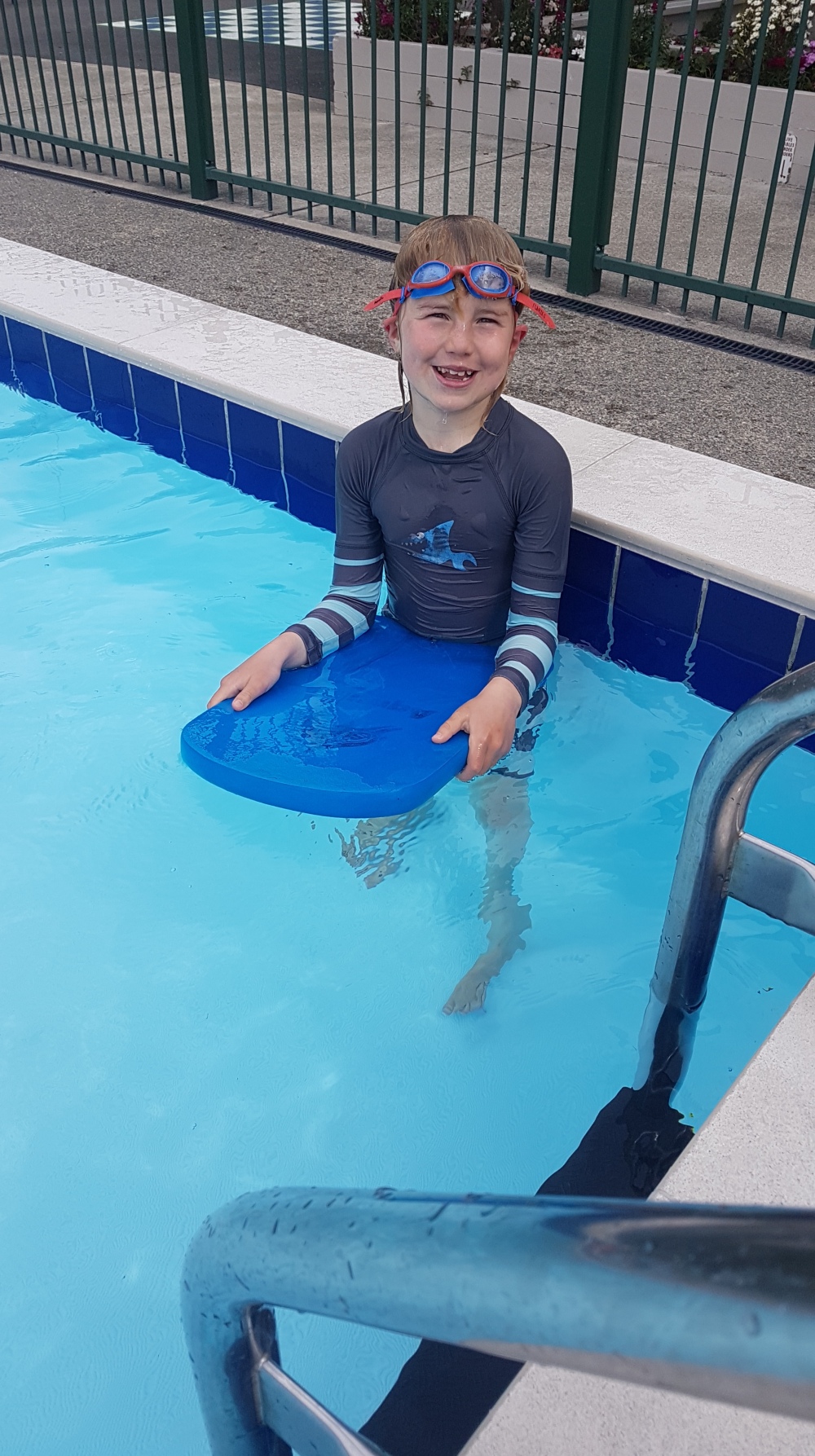