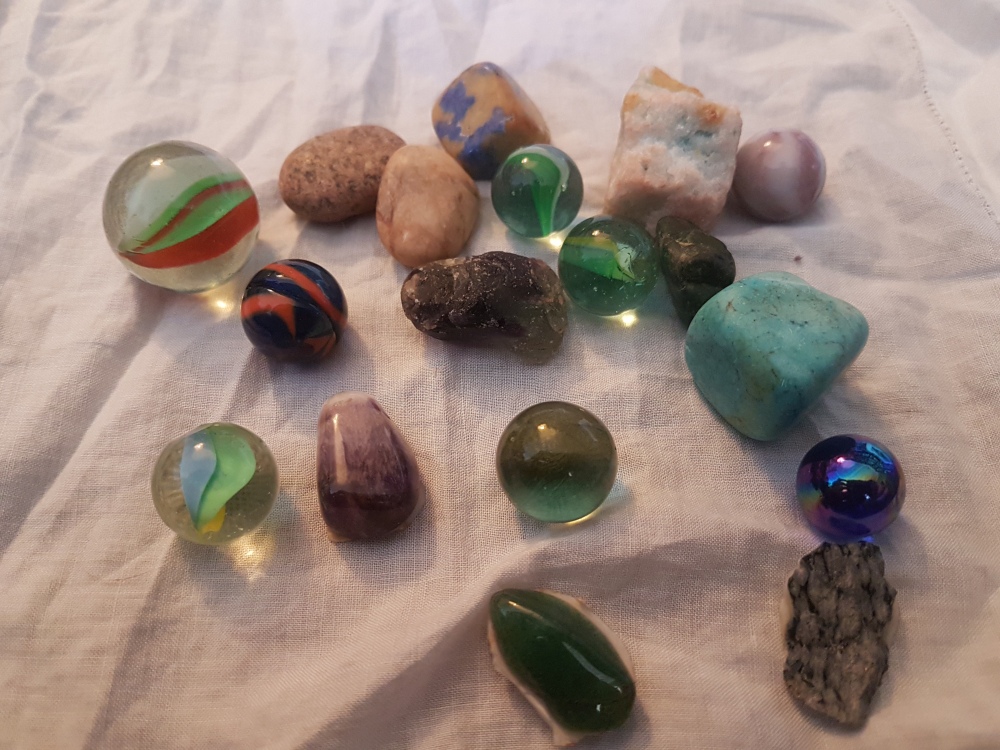 The Steiner schools think sport is for exercise, health, agilty and enjoyment and competitiveness isn’t encouraged except against one’s self. Montessori schools de-emphasise competitiveness and encourage cooperation. Why?

There is a certain pleasure in having rules as defined by someone else governing your game, an abdication of responsibility and it’s easy. For me this pleasure lasts until I can see a way of making the game better… better for me is more running about, more thought, no pushing or waving arms in my face at all, less concern about scoring. I just do not care about the score or who wins. I do set my own personal goals. For example I like ‘bats down’ vs cricket, and even better bats down wearing gum boots, fun and supportive, less of the ugliness. I’m ‘better’ with board games. So far it appears Helena feels similar. We were watching a game of soccer and she was making a comment about everyone flocking around the one ball (I smiled at her poetical language) and she instantly invented a better game, soccer with two balls (I’d play) – more getting a kick, more things to look at, too fast to score.. of course then she thought maybe there should be as many balls as players which I suspect is probably pushing it. Helena has joined in a soccer game/kick about and she lasted quite a few minutes until she got restless and started lying on the ball, which was ok as that became the game, well until she wouldn’t get up under the new rules and the others were over it. Mainly she was trying to get the others to play a different game in a very non constructive way. Helena is happier when games aren’t scored and she likes everyone to have an opportunity to win, winning should be fair. Mostly Helena is a good looser but not where she feels an injustice has occured, sometimes she can recognise other people’s feelings of injustice. She feels for the loser. These are good skills. Being competitive and getting one’s self worth from winning is an easier path perhaps but getting one’s self worth from beating others is surely bad for you and dependent on variables outside your control.

Sport is not necessary. I don’t play sport however I incorporate fitness into my life. I bike and walk places rather than drive, I have non sedentary lifestyle, gardening… I leave cleaning until the last moment so it’s done at speed and makes me sweat.

I try to find us cooperative games to play. There is no point in a two person game when the players are somewhat mismatched by age, logic etc. We also tend to choose games that are fun in the doing, like Dixit where the actual fun bit is coming up with the words for the picture, hearing other peoples ideas and in knowing/getting to know the other people. We don’t score this game and play until all the cards are finished.

So here is a transcript of Helena and K playing a game she invented the night before. It is a marble game (try remembering this). I started recording part the way in… and it makes little sense to me but it did to them and was Important. One child is on a lounge chair, one is on the floor, and they have piles of marbles and rocks.

Remember this is a marble game.. it goes on like this until

They storm off to different spots… for 5 minutes, maybe 10, then Helena appears “Where’s K?” And she goes outside calling to find her friend. “Would you like to play a game with my ball? I don’t mind if you play with me”. So they go off and play some other game (not with a ball, that was just an opening gambit as she knows K likes them and they’d had a successful self defined game before)…. they decide new rules etc and play happily.

This is the why of emphasising non competitive – what the kids learn. So what are the kids learning in this ‘game’ that they can’t in traditional marbles with it’s officially recognised rules with it’s Judges/referees? Lots, after all they had to make the rules, attempt to work from the same set of rules, endless negotiations, cooperation, they had to use all the information they knew about each other, imagination rules, creativity, listening, how to communicate what you want and mean, how to compromise, to be able recognise when it’s all over, and how to make up when it all goes to custard. There is equity in a game where everyone decides the rules and gets to play. It’s a whole mental and physical sport and they are skills that we want when we work with others as adults – communication, negotiation, creativity, innovation, and compromise. Sometimes the game is more the words than any actions. We live in a neoliberal world and it will stay that way if all we teach kids is focused on external rules and competition. It takes no effort to teach competitiveness “lets see who gets to the car first” etc but it takes a lot effort to get everyone on board working together but it’s certainly how I’d like the world to work – truly democratic.

I still struggle. I make in-flexible rules, don’t communicate my agenda… it’s a work in progress, so much to unlearn.

One after another, researchers across the country have concluded that children do not learn better when education is transformed into a competitive struggle. Why? First, competition often makes kids anxious and that interferes with concentration. Second, competition doesn’t permit them to share their talents and resources as cooperation does, so they can’t learn from one another. Finally, trying to Number One distracts them from what they’re supposed to be learning. It may seem paradoxical, but when a student concentrates on the reward (an A or a gold star or trophy), she becomes less interested in what she’s doing. The result: Performance declines.